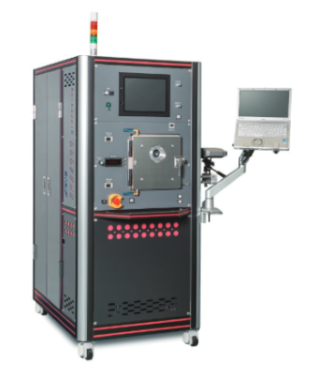 SPS has the following notable features on its structural and heating mechanism. (1) Pressure sintering that applies heat and pressure at the same time. (2) Applying a large current directly to the mold and/or powder material, (3) ON / OFF pulse energization. (4) Electromagnetic field sintering using a large current. (5) Sintering with mold.

As a result, SPS is attracting attention as the one and only technology that enables:

In addition, since SPS can obtain sintered compact with different characteristics by changing the sintering conditions, the desired characteristics can be obtained simply by  adjusting the sintering conditions and evaluating the outcomes (repeat it as necessary). In other words, SPS has the advantage on material development even for the people who don’t have the experience and knowledge of powder metallurgy.

The elucidation of actual heating mechanism of SPS ( large current pulse energization ) and the principle of these effects, real-time observation of the phenomenon, etc. have not been fully completed due to the short sintering time and where the process is taking a place (between the powders inside the mold).

In addition, it has been reported that the effects of SPS include cleaning and activation of the powder surface by plasma generation, acceleration of electrolytic diffusion, high initial velocity in the densification theory formula, etc. Researchers at universities and research institutes who have been interested in SPS process are continuing their investigations.

Currently, Tohoku University (Kinken / IMR: Institute of Material Research) has reported that a discharge (spark plasma) occurred under certain conditions whereas National Institute of Advanced Industrial Science and Technology (AIST) claimed that no discharge was observed under other conditions. In different subject, University of California has reported on the effects of electromagnetic fields during SPS process. and We hope that the principles and conditions for the manifestation of these effects will be elucidated through joint research with reliable SPS manufacturer like SUGA in near future.

So far, the great benefits of SPS have been introduced but there are a few aspects that can be considered as the disadvantage. At the next column, we will discuss the problems on SPS.