TiN is commonly deposited for semiconductors as the barrier layer in between Oxide film layer (SiO2, etc.) and Cupper to prevent the integration.

For another application, TiN is often applied as hard coating aimed at extending the life of cutting tools.

It’s known that TiN film has high hardness and excellent heat resistance which are sufficient to prevent baking and melting damage.

The performance of TiN film is highly appreciated not only for the cutting tools but also for the wear resistant engine parts and golf heads.

Needless to say, tack force is very important for those applications in addition to the hardness and ware resistance and film deposition seems to be the only solution for such extreme demands.

This is the phenomenon which is caused by one of the reactive sputtering when the sputtered titanium is nitrided.

However, on the contrary, the film would peel off with a slight impact if the residual stress is large. So, it is important to cut and try in order to find the optimum condition for the film deposition that suit the purpose.

Now, let us introduce an example of film deposition of TiN using the reactive sputtering method with our desktop sputtering system, SSP1000. 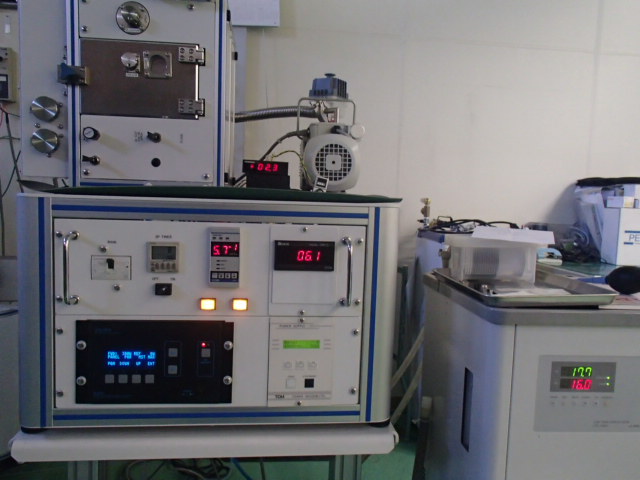 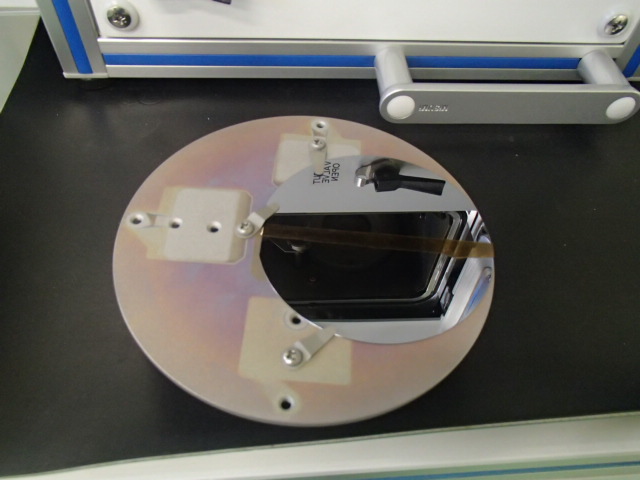 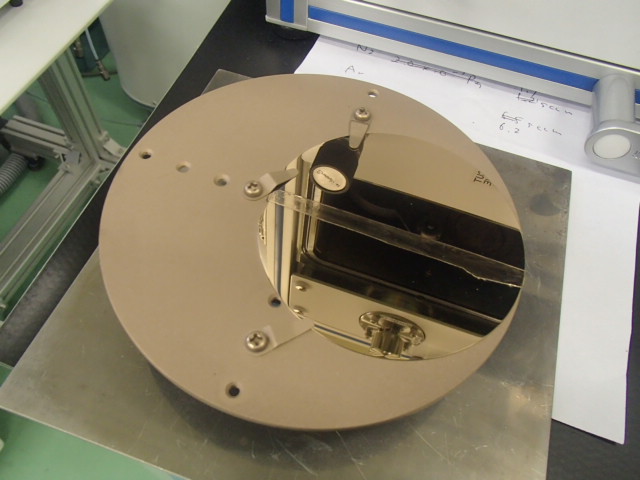 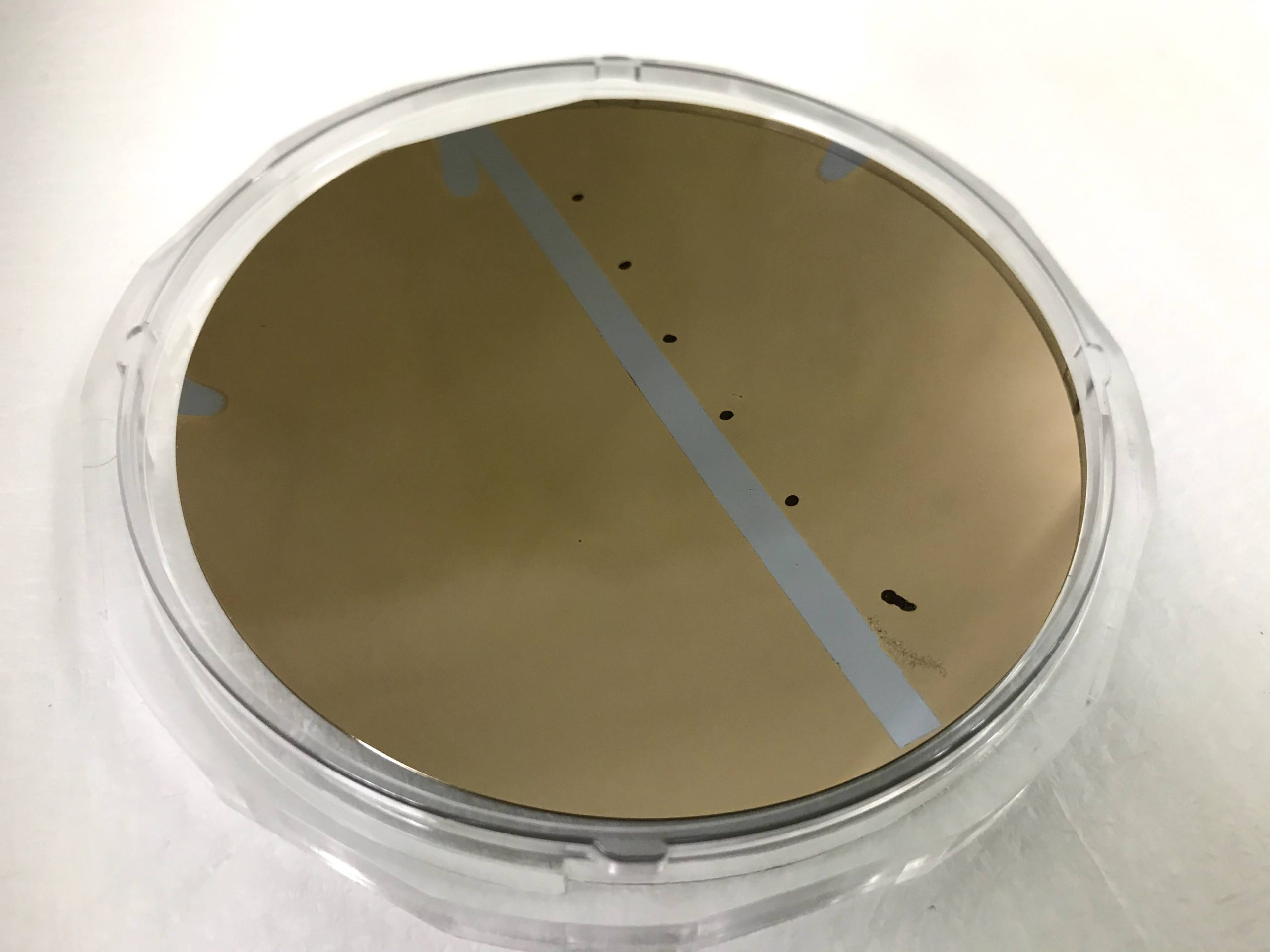 The masking tape has been peeled off.

The black dots observed on the surface are marking points for measurement of film thickness using a profilometer. 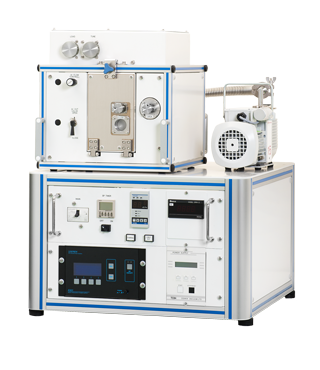 Note: This report shows an example of film deposition using SSP1000. Quality such as color and hardness are not guaranteed.